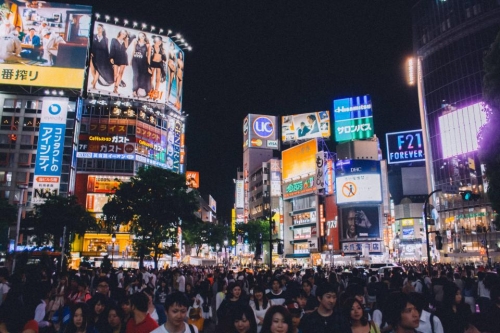 Japan has one of the highest vending machines per capita measurements in the entire world, along with China, the Netherlands and Australia. There are approximately 5.6 million vending machines in Japan (that’s 1 for every 23 people). Why is this the case? What type of culture does this promote? With their long standing enthusiasm for robots and all things technology, Japan is leading the way with some of the most advanced vending machines and products.

Making their first appearance in the late 19th century, Japanese vending machines are often extremely old, yet they have proven to be extremely reliable and always tended to always be fully stocked. One reason this is possible is because Japan is a relatively safe country, with very little vandalism and public destruction. Therefore, vending machines are usually treated with respect, allowing them to function for many years.

It is possible to buy virtually anything from Japanese vending machines. Items include beverages and snacks, to hot meals, vegetables, fruits and other produce, electronics, floral arrangements, toys, umbrellas, undergarments, ties, hats and gloves, and cigarettes!

Vending machines are seen as a financially appealing alternative to human labour. Many Japanese businesses would rather invest in a good vending machine that will last them decades, rather than paying an employee who may quit at any time. It is also seen as an important part of the solution to Japan’s aging society, because aging and retiring workers can be replaced with machines.

There is no surprise that vending machines are keeping up with technology in Japan. Modern vending machines now accept electronic payments from smartphones and train cards, enabling them to check the age of the consumer for certain restricted purchases!

If you or your company think that you could embrace having a vending machine for the convenience if offers and the variety of options you and your co-workers can get from it them Contact Regional Vending for all of your vending needs!